The Ashes are Gone 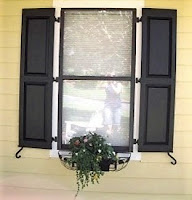 I was sitting in a chair in my kitchen, praying with a friend when she began sharing her vision. She told me she saw an empty lot with rubble. It looked as though a house had burned down. She saw ashes amidst the rubble. Then there were many little, new flower buds beginning to grow out of the ashes. That was seven years ago.

During that season of my life my heart was filled with wounds. It felt battered in many ways. Some days it felt as though I would never feel whole again. This was one of those days. God knew in His grace, my heart needed my friend's vision to keep me moving, hoping, and trusting for a new season. My spirit knew there was beauty on the horizon.

A few days later, God gave me a sign in the natural of what was happening in the spirit. I had three small flower pots sitting in my window sill that had been there for years, but for some reason they had not bloomed for a really long time. It had been several years since there was any color on the leaves of these flowers.

I will never forget when I arose one morning and walked into the kitchen to see those three flower pots filled with blooms. It was a gift to my heart from the Maker of HEAVEN and EARTH. I knew that those flower blooms were symbolic of the new beauty my friend had seen in her vision just a few days before. The blooms continued to grow week after week until they were fully vibrant and magnificent.

God has truly and completely given me beauty for ashes. It can be seen in my countenance. The wounds are gone. I am whole. He has restored my soul to where it was meant to be. It's as though my spirit has risen from the dead. The ashes are gone.

To replace the rubble that my friend had seen in her vision, there is now a brand new, beautiful, restored house with cottage shutters and window boxes filled with flowers. God has torn the old house down and He has built a new one.

About the time of my friend's vision, I had a dream during my sleep of a new house where my family was moving into. Since then, I have had the same dream over and over and over. It's become a part of my life. I've had the dream so many times that I look forward to seeing the different variations of how the house is decorated.

In dreams, a house represents life. It's very obvious that the message God has been sending through my dreams is that He is giving me a new life.

My old life was full of tears, dissension, and turmoil. The new life has come. My house has been restored. God has been doing renovations for over two decades. He is putting the final touches on the house.

He will spend the rest of my life perfecting the house until I receive a mansion in heaven. For now, I will enjoy the house God has given me, where the Spirit of love and peace are moving in and where His goodness resides.

"God sent me to announce the year of his grace--a celebration of God's destruction of our enemies--and to comfort all who mourn, to care for the needs of all who mourn in Zion, give them bouquets of roses instead of ashes, messages of joy instead of news of doom, a praising heart instead of a languid spirit. Rename them "Oaks of Righteousness" planted by God to display his glory. They'll rebuild the old ruins, raise a NEW CITY out of the wreckage. They'll start over on the ruined cities, take the rubble left behind and MAKE IT NEW." Isaiah 61:2-4 (The Message)

The picture above shows my cottage shutter and window boxes I've always dreamed of (some of the handiwork of God).

Amy, this was amazing. thank you for living large and bold!

Beautiful Amy... I rejoice in what God has done... Hallelujah!