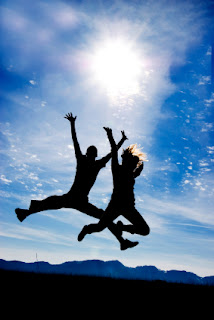 I walked into my father’s house and there she sat. My step-mother, Debbie, was in the final stages of cancer. Her frail, weak body made her barely recognizable. She burst into tears when she saw my face. She must have seen the compassion in my eyes. She was not usually emotional. However, that day was different. There was a keen sense of God’s love in the atmosphere.

I sat down next to her and we began to talk. It was just the two of us sitting there soaking in the Presence that filled the room.  I don’t remember much about the conversation. I only remember a deep, intense love in my heart. I asked Debbie if she would like me to pray with her, and she enthusiastically said, “Yes!” I held tight onto her hands and began to pray words of love and protection over her. The fear I had seen in her eyes began to lift and a fresh glow came onto her face.

After spending time chatting and praying together that day, I hugged her tight and said, “Goodbye.” As the door shut behind me, a flood of emotion came into my spirit. I began sobbing tears of compassion for the pain Debbie was feeling. I realized in that moment that I had experienced the greatest miracle of my life—God had set me free from the prison of unforgiveness.

It was decades before that Debbie had been (in my young mind) the one who had broken up my family. At thirteen years old, my dad had left me and my family to marry Debbie and raise her daughter. Hurt and bitterness plagued me and held me captive for a very long time.

But that day, I rejoiced in the freedom I had found in Christ. I had made the choice to forgive my step-mom many years before she had been diagnosed with cancer. And on this emotional day, the deep love I was expressing to Debbie was the evidence that I was free indeed.

Christ came to earth and died so that we could live and love freely. That day with my step-mom will be forever etched in my mind because I know that it was only through the power of Jesus Christ that a person could love the one who hurt them the most. It was the last time that Debbie was able to communicate with me before she passed away peacefully several weeks later. A number of years have gone by and the love I have for my step-mom is still as strong as it was then.

In Isaiah 61, it says the Lord has anointed us—His followers—to bind up the brokenhearted and to proclaim freedom for the captives and release from darkness for the prisoners. How can we help set the captives free? We can start by spreading the message of forgiveness.


Freedom, undoubtedly, is being able to love those who have hurt us and being willing to share the goodness of Christ with every person we come into contact with. There is not a greater prison than the one of bitterness. And I am certain there is no greater freedom than walking in true love and forgiveness.

This was originally written in February as a guest post for Ask Wise Counsel. http://askwisecounsel.blogspot.com